The scrum master holds a unique position as their role is to facilitate the team in coordinating itself, and resolving any problems as and when they arise. Like all Agile based frameworks, Scrum too supports the “inspect” and “adapt” principles. Scrum teams are self-organizing and self-managing.

The teams govern themselves and streamline the development work. However, at times, the development team may face a problem and might be unable to find a proper solution to deal with the problem. That is when the scrum master steps in – the person studies the problem, determine the best possible way of dealing with the issue, and suggests ideas to the team how to resolve the problem.

Ideally, the scrum master should employ a servant-leader role and foster a healthy working environment by maintaining a personal contact with team members. The person acts as a mentor, listens to the issues faced by the team members, and helps to resolve their issues.

“Scrum suggests a facilitator’s role for the scrum master, and advises that a scrum master should not transgress his or her role”

Transgress here means not to go beyond certain limits. This is important since the development team is autonomous in its working and undertakes its own decisions. As it so happens, if a scrum master has a technical background, he or she may get involved with the work carried out by the team and start suggesting ideas. This could make it difficult for the team to function since Scrum teams decide for themselves how a product feature should be developed.

The individual taking on the responsibilities of a scrum master should make it a point not to commit three common mistakes that individuals new to the scrum master’s role usually make.

1. Let the team be self-organized, don’t coordinate the team.

The scrum master generally remains close to the development team as he/she looks after the majority of the issues whether technical or non-technical one.

Owing to the frequent and daily interactions with the team, a scrum master may start feeling inclined to be a “part” of the development team, rather than as a separate Scrum entity having a specific role to play.

In the course of action of daily activities, a scrum master may unconsciously start coordinating the activities of the team. This may not be intentional, but simply out of rote. Scrum authorizes the development team to self-organize and self-manage. The team can make informed decisions on its own, and it is not required for the scrum master to intervene or try to coordinate the team activity. 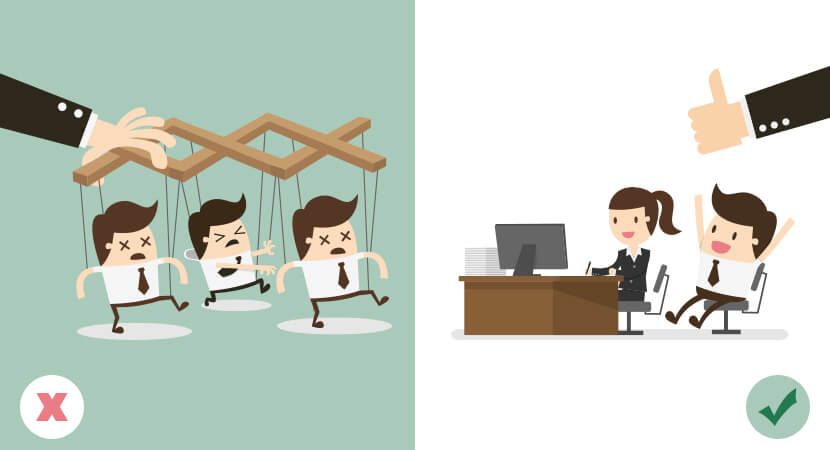 Scrum teams are self-governing. In the scrum, teams learn from their mistakes through the “inspect” and “adapt” principles supported by events such as reviews and sprint retrospectives. Teams can learn when they coordinate themselves. A scrum master should not intervene and try to coordinate any activity other than his or her own.

2. Let the team decide, don’t take decisions on behalf of the team.

The work done by a development team can be often very demanding and complex. Many times, teams face situations where it becomes difficult to decide upon the correct course of action, or what kind of decisions it should make to solve the problem. It is important for the team to develop individual thinking, make informed decisions based upon their levels of experience, and hold themselves responsible for the decisions they undertake.

A scrum master closely monitors the activities carried out by individual team members. He/she tries to ensure that the team follows scrum properly. 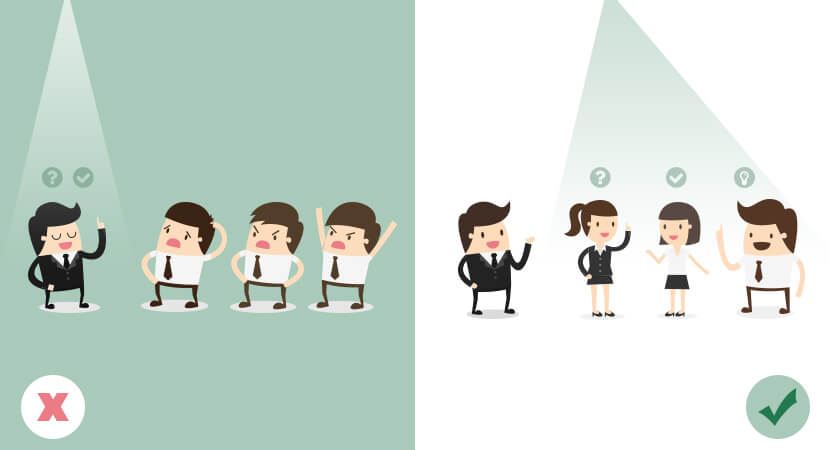 Individuals often get influenced by the type of environment they are working in, and in case of scrum masters, they might be tempted to have their say regarding what the team should ideally do to resolve a particular issue. There is nothing wrong with that. However, scrum masters should realize that offering suggestions to resolve an issue is quite different than actually deciding on behalf of the entire team.

“Scrum promotes teamwork, and emphasizes upon teamwork over individual efforts”.

The scrum master should not make decisions on behalf of the team – S/he should rather suggest a correct course of action and facilitate the team to make their own decisions.

Scrum offers an organized way of working. To complete the scrum process, each member of the team takes on tasks specific to his or her profile. An important rule to follow is not to transgress one’s particular area of work.

Each team member is responsible for himself or herself and is advised to work within the scope specified by the role he or she plays in Scrum. The role of a scrum master is to facilitate scrum proceedings. But many times scrum masters take the initiative and start resolving issues on their own after studying a problem. This should not happen in Scrum. Suppose a product owner faces a particular issue, he or she can consult the scrum master regarding what should be done, but the final decision should be taken by the product owner, and not by the scrum master. 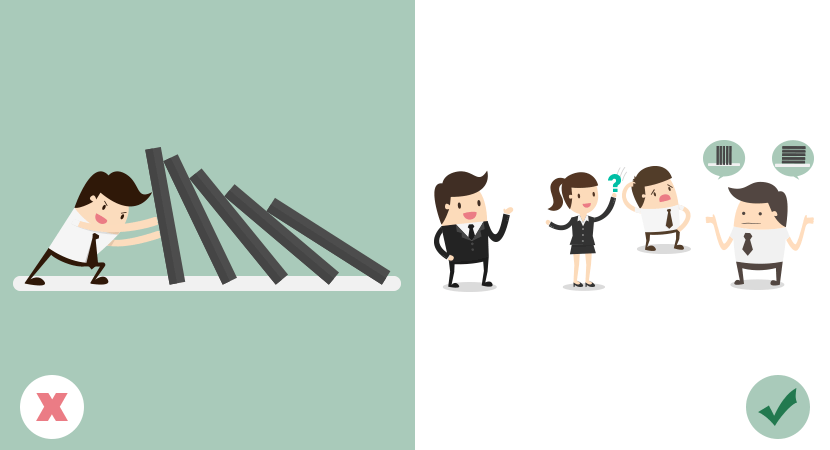 If any of the team members start taking decisions and resolving issues on their own, it would not be teamwork. It is important for the entire team to learn from the decisions it makes, rather than individual team members.

Do you want to be effective scrum master?